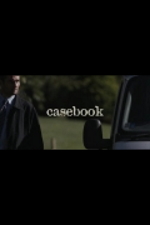 Casebook Episode 0: The Missing Urn is a freeware adventure set as a prequel to the main Casebook trilogy of games. You play as a detective, helping your partner to return a missing urn to his aunt. The series commences officially with Casebook Episode 1: Kidnapped.

In each game location, your notebook will prompt you to answer a series of questions. You must search the location and take photographs of pieces of evidence, then return to the van to analyse them. In analysing the evidence, you will play a series of mini-games. The lists in bold below are of the items that you need to photograph to solve each notebook objective. The list of optional items to photograph for extra points is shown at the bottom.

Put your evidence in the folder. There are no links to make at this stage.

How did the urn get down here?

Put all your new evidence in the folder. Link the fabric snag to Margaret's gown, and the hat to the pomade.

Arrange all your new evidence in the folder. You will now have enough evidence to close the case if you want.

You can now link the knife and butter. When you are done, go to the evidence folder and click on the yellow sticky note to return the urn to Margaret.